We started the week by watching the film, Goodnight Mister Tom. This film is a war-time classic about a young, evacuee boy, who moves to the countryside. Later on, we worked in small groups to write some 1-word reviews to describe different films and tales. This helped us to summarise the main points of the stories in preparation for writing film reviews next week. Finally, we learnt about different film genres and we worked in small groups to play a matching game. We matched the settings, descriptions and key words for the different genres. We also thought of some example films for each genre. Next week, we will write our own film reviews for Goodnight Mister Tom. 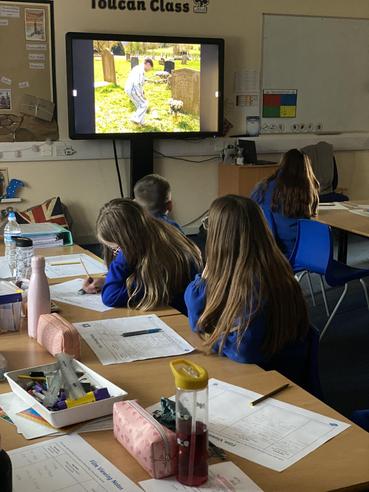 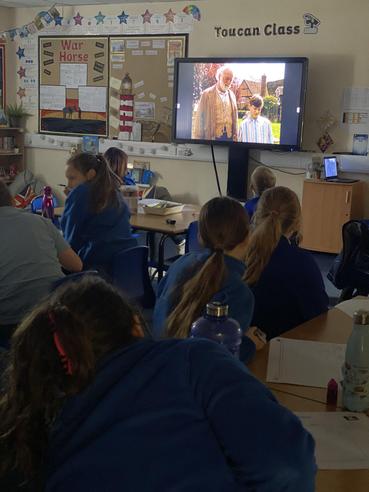 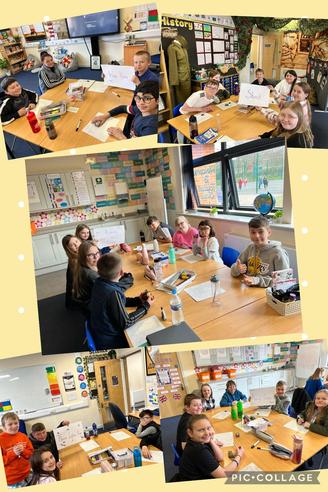 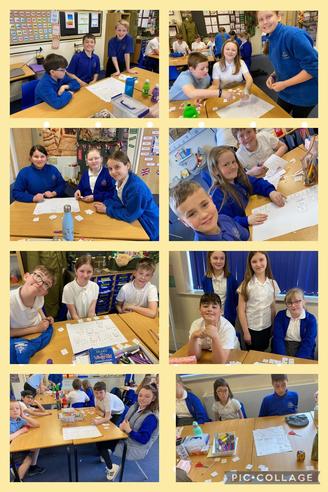 In our English lessons this week, we wrote the final draft of our discussion texts about evacuation. We aimed to include many different features, including:

We thought carefully about the reasons for and against evacuation and shared our own opinion too.

In our English lesson this week, we worked together in small groups to familiarise ourselves with discussion texts. We began to recognise the main features of these & this will help us to write a discussion about the following: Was it right to evacuate in WW2?

In our English lessons this week, we wrote our own newspaper reports about The Blitz. We worked carefully to include lots of key features, such as:

We also included a headline, an illustration and a caption to complete our articles on The Blitz.

This week, we have been learning about different features included in a newspaper report. We have practised using inverted commas to write direct speech and compared this to reported speech. We also used various connecting devices and fronted adverbials to build cohesion when writing about the Blitz.

Click on the link below to see some pictures from our residential at Kingswood Peak Venture:

This week, we used different poetic devices to enter the Young Writers' poetry competition. We wrote various poems, such as:

17.1.22 - Non-Chronological Reports about World War One

This week, we worte a final draft of our non-chronological reports about World War One. We have worked hard to include a range of features, including:

You can read some of our writing on our class blog: http://toucan2021.norbridgeblogs.net/

In English this week, we have been learning how to punctuate lists correctly and we have been practising using subordinating conjunctions to write sentences about the war with a subordinate clause. Next week, we will apply these features to our own reports about World War One.

This week, we started to prepare for writing our own non-chronological reports about WWI. We worked in small groups to research key facts and information about how the war started, famous battles and animals involved in the war. Next week, we will begin to practise using different features in preparation for writing our own reports.