Over the past few weeks, we have been learning about the features of a narrative and practicing using these in our writing. We focused on ways to make our writing more varied by using DADWAVERS sentence starters, figurative language and dialogue.

We then used what we had learned to re-write our own versions of The Polar Express story! 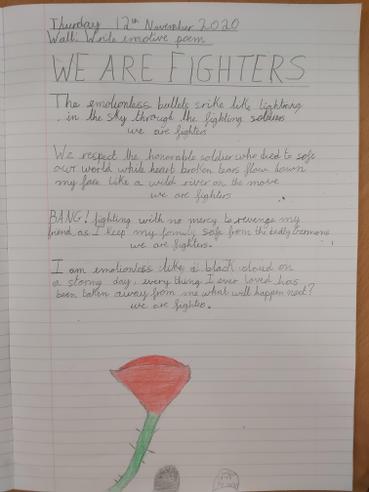 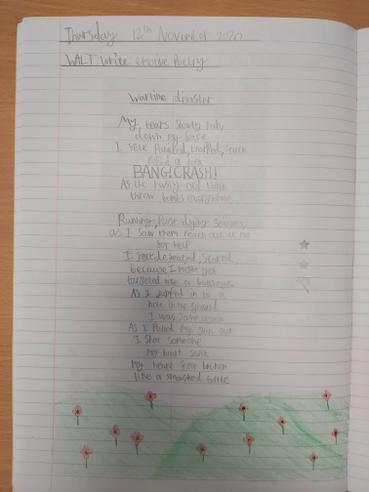 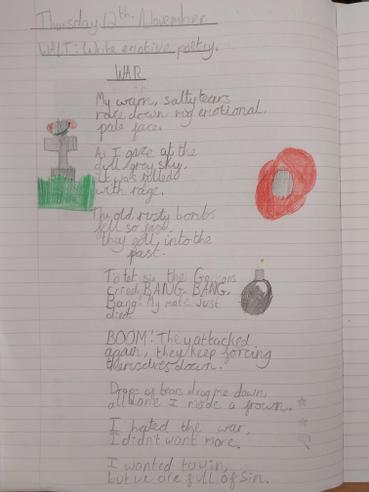 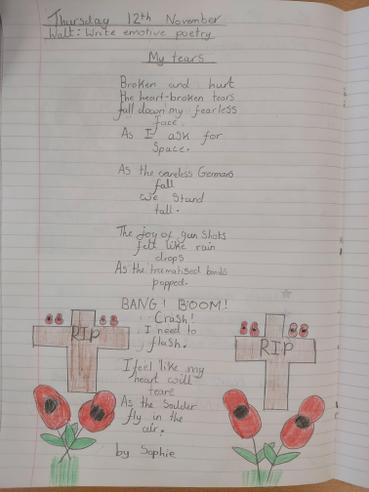 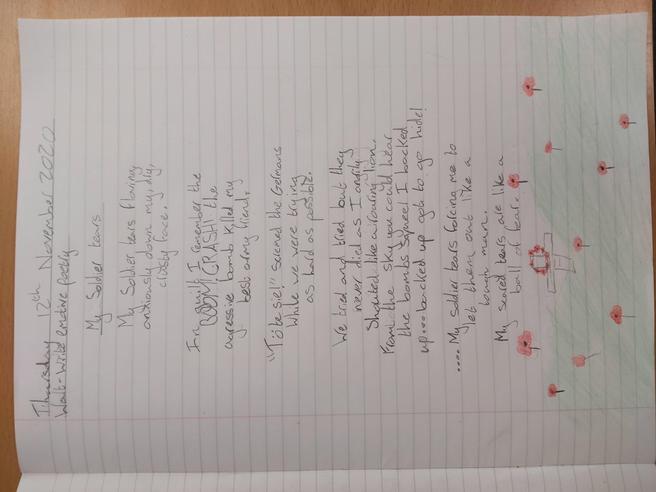 In English this week, we are thinking about figurative language in war poetry. Using different figurative devices, children came up with a line per pair for our class poem:

The war was made of memories.

As the immense bombs hit the ground they made an ear piercing sound,

rain fell out of fire and into my skin.

As the sound of bombs shattered my ears, the soldiers around me began to shed their tears,

the rain smacked the floor as if it was breaking,

The last few ticks on their clocks were running out,
a bomb was as fast as the speed of light,

guns were as loud as a volcano erupting.

High explosives broke down like rain on a rainy day causing the soldiers to take their last living breath,
bullets ran away from guns,

as the sky cries with fear, the mighty soldiers fall to their deaths.

When the soldiers were shot, their memories were lost.

Arguments For and Against

Following on from our research of discussion texts earlier in the week, we have been researching points for and against to create an arguments that will hopefully answer the question 'Was is right to evacuate?' Here we are researching and discussing our findings. 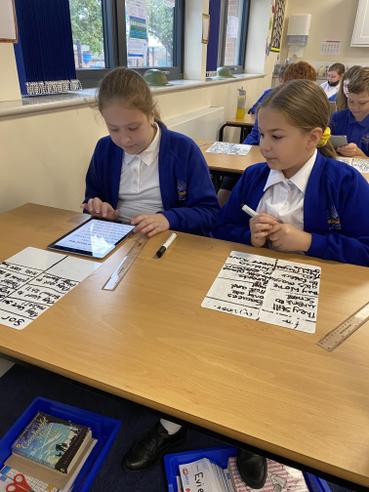 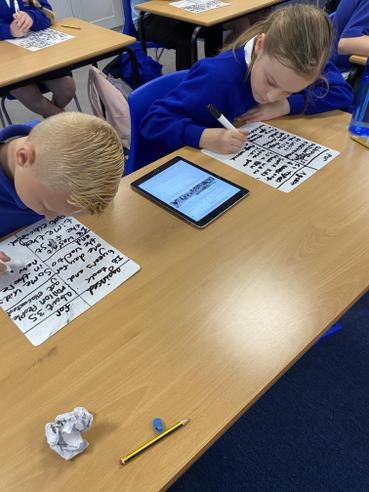 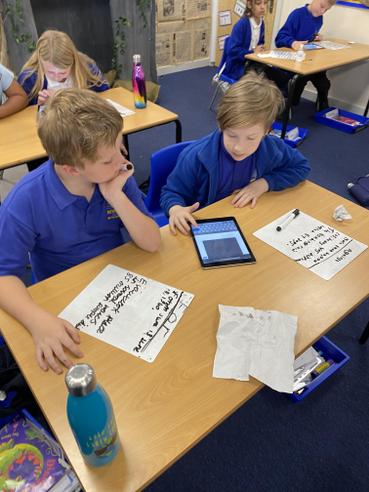 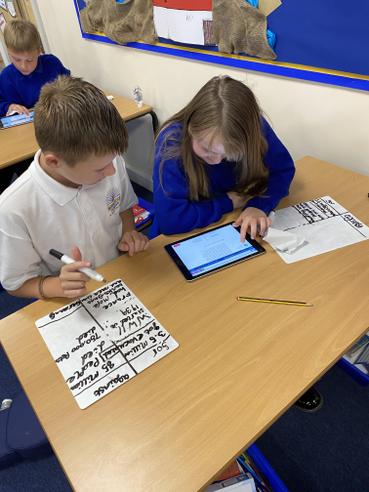 21/09/20- During English this week we are beginning to look at discussion texts and identify the key features.

This week during our English lessons, we have been using the front cover of our focus text 'Letters from the Lighthouse' to create some setting descriptions using metaphors, similes, onomatopoeia, personification and sensory language.